David Tanych has been building objects since his father gave him a saw, hammer, nails and a block of wood at the age of 10. A veteran home and furniture builder, David needed a new challenge, and took up studies in blacksmithing at the Penland School of Crafts in North Carolina. There he became intrigued and inspired by the strength and flexibility of steel. He started by constructing functional objects such as tables, picture frames and garden pergolas. As he became more skilled, gaining mastery over the metal, David began building huge steel outdoor sculptures— enormous jacks, keys, and corkscrews. When complete, the pieces are acid etched, allowing them to rust, which adds another dimension to their unique charm. These pieces are meant to be seen by the public in an outdoor environment, such as a park or a plaza. David designs his work with how they will be viewed in space foremost in his mind. When asked what inspires him, he’s quick to answer, “Size matters!” 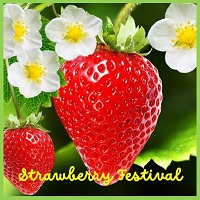