In October of 2015, a crew from Bike Magazine was in Burke all month testing 2016 bikes and gear for the Annual Bible of Bike Tests Issue out now.  They lived like kings and queens staying at the historic Burklyn Mansion!


From Bike Magazine Jan/Feb 2016 issue...As a mountain biker, from the moment you arrive in East Burke, there’s a distinct sensation that this is a place where you could stay awhile. Moments linger a few seconds longer than normal in the small town at the heart of Vermont’s Northeast Kingdom, where 60 private landowners have united with the Kingdom Trails Association to sow a network of singletrack unlike any other.

From the steep, old-school New England tech high up on Burke Mountain to the bike park below and the fast-and-fluid trails on Darling Hill, there truly is terrain for every rider in East Burke...
READ MORE 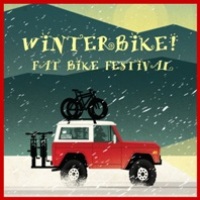